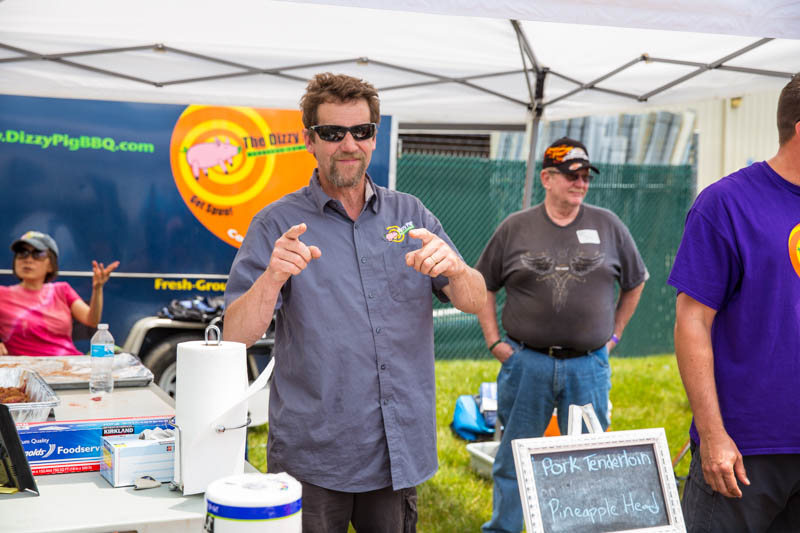 This past weekend Debbie and I spent the day at DizzyFest 8 which is a semi-annual festival in Northern Virginia celebrating all things Big Green Egg. We had never been to an EggFest and really didn’t know what to expect. What we experienced was a day surrounded by people who love to cook, love to cook on their Big Green Eggs, and love to share their experiences. I guess you could say we found a community of people just like us! In addition, I learned a great deal more about Dizzy Pig rubs and how to cook using them. So sit back, grab a cold PBR, and read all about our DizzyFest 8 Experience!

First, we arrived at the Dizzy Pig HQ located in Manassas, VA. This complex houses the Dizzy Pig warehouse, production facilities, and retail store. Inside there were so many great product related to the Big Green Egg. I was reminded (in a very real way) of the importance of supporting local businesses when and where you can. I often buy a lot of merchandise from Amazon for the convenience but nothing beats going to a great store, seeing the products in person, and talking to knowledgeable people about them.  I will be back there for sure!

When you walk into the retail store, it’s hard not to notice the array of medals and awards the Dizzy Pig Competition Team has won! They have been in 120 competitions winning 15 Grand Championships! Their BBQ is the real deal and seeing all of this is a reminder of the good company you are in with Chris Capell and the Dizzy Pig team.

Chris (pictured below with Debbie) extended an invitation to us to attend DizzyFest 8 and it was our great pleasure to attend. He is a terrific host and surrounds himself with great people. This event highlighted the community Chris & Dizzy Pig have built.

Here’s an overview of how DizzyFest works: There are “cooks” and there are “tasters” in attendance. The “cooks” have a table and use several Big Green Eggs that people have pre-purchased. The “tasters” have a string of beads and walk around the festival tasting all the great food made. At some point the “tasters” give their beads to the cook they liked the best. At the end of the festival the cook with the most beads gets bragging rights. Really cool way to organize this type of event!

For this DizzyFest we were attending as “tasters” and not as “cooks”. I am actively planning my next DizzyFest appearance as a cook! Look for Team BBQ Buddha this Fall!

In this post I am going to walk you around DizzyFest and comment on the food, people, and overall experience. I took over 300 pictures and couldn’t fit all of them in. So, for those who didn’t make it in to this post know your food and friendship left a strong impression on me and I look forward to our paths crossing again!

First up was the Dizzy Pig table. This was home base for Chris and the rest of the Dizzy Pig team. They were cranking out some great Pork Tenderloin using a wide array of their rubs. It was a great way to taste their product line to find your favorites!

Next we find Luke and friends from Old VA Smoke. They were cranking out some really good Scotch Eggs. But these weren’t just your every day, run of the mill, Scotch Eggs… no these were also stuffed with Mac and Cheese!

Walking around we found some fresh watermelon to help cool us off and clean our pallets before the next round of BBQ.

This guy had some chicken wings that were rubbed with Jamaican Firewalk. These tasted and ate just like Jerk Chicken Wings!

Another cool thing about the way the “cooks” were set up at DizzyFest was their use of menu boards. They would cook several things throughout the day on their BGEs and list their menu and available times on a white board next to their table. This table had a great menu (including Bourbon and Derby Pie) and one of the guys cooking was originally from Debbie’s hometown: Louisville, KY!

We had the pleasure of meeting author Eric Mitchell who was cooking today. His book Smoke it Like a Pro is a great read and a must have for BGE owners. The food he was serving wasn’t bad either!

This lovely couple (Joan and John Hall) were up from Georgia. They made some spicy shrimp skewers that were fantastic!

Christie Armstrong’s team was racking up the beads with their incredible Pork Banh Mi sandwich!

Larry is a guest chef from Serve our Willing Warriors. They are opening a new place named Bull Run Retreat soon to support wounded vets while they are rehabbing.

Daren and his daughter Kaitlin; he owns Daren Proctor Photography that travels around to BBQ competitions and Big Green Egg festivals in the region to capture the events in pictures.

Mike from Innovations by Chance showing off his wares.

Nothing compliments BBQ like good Blues music.  The band played all day with the help of the sound guy.

Chris Capell gave a 30 minute talk to the “New Egg Owners” attending the festival.  These are the folks who have purchased the eggs being used by the “cooks” during DizzyFest 8.  The best advice he gave was “always pull, never push!”  If that BGE falls over, don’t let it fall away from you or it cannot be saved!

Chad Dukes from Chad Dukes vs. The World radio show here in the Washington, DC area is a big Dizzy Pig fan!

We found Buddhas at this booth and will be on the hunt to add them to our own The BBQ Buddha collection!

At the end of DizzyFest everyone was exhausted from a day of cooking, eating, and socializing. Even the Big Green Egg mascot had trouble staying on his feet!

Way to go Chris as you hosted another successful DizzyFest! Thanks for making us a part of it! 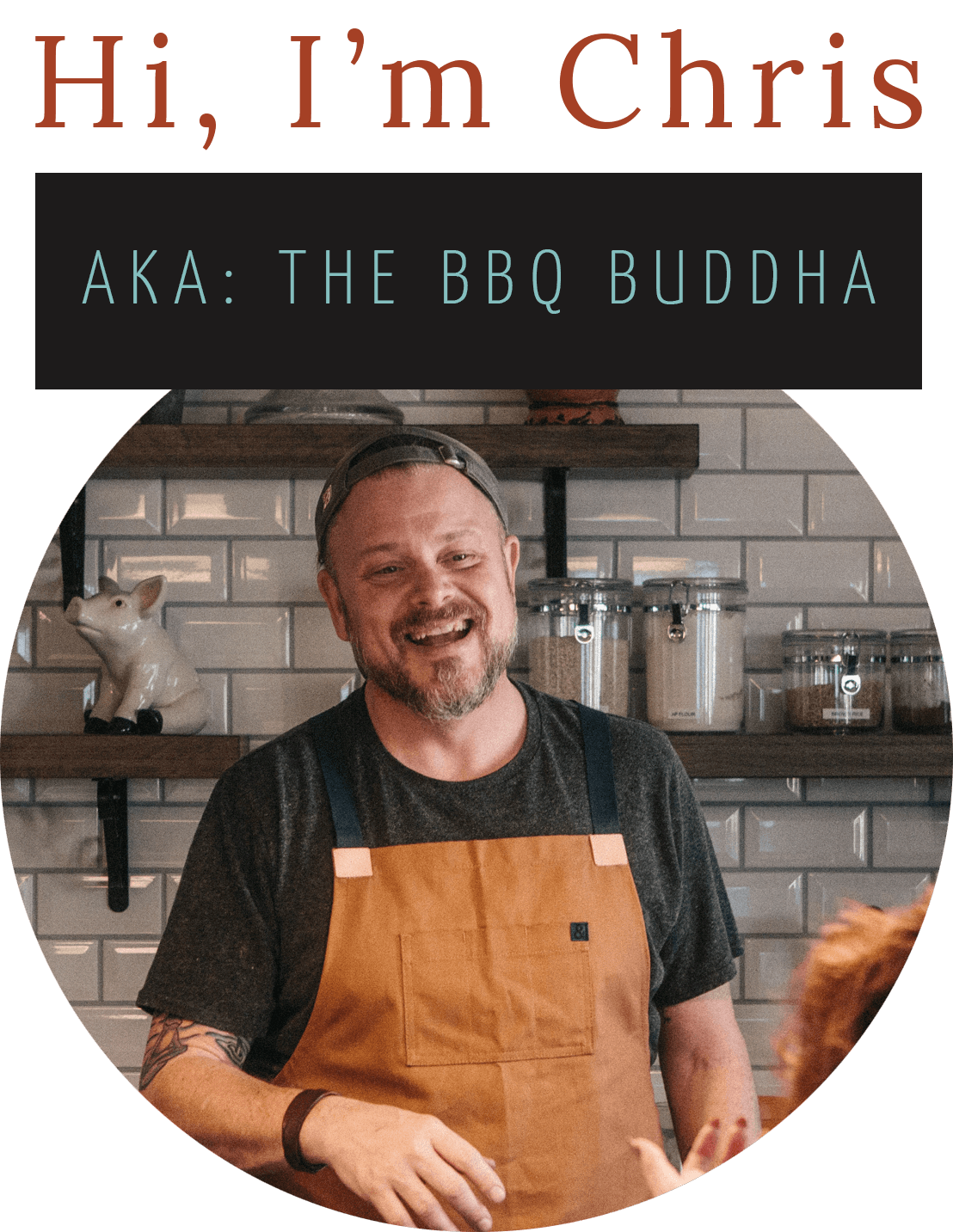 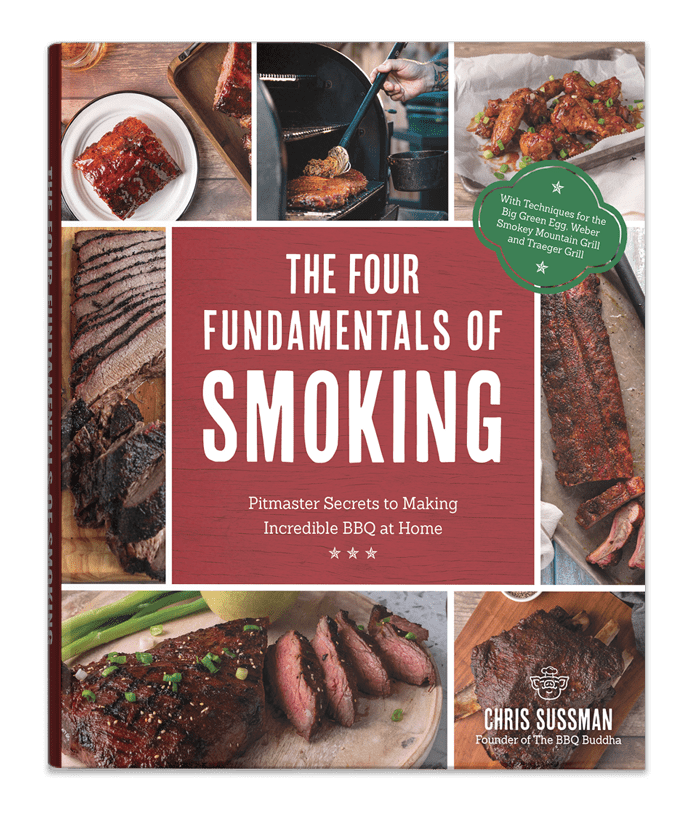